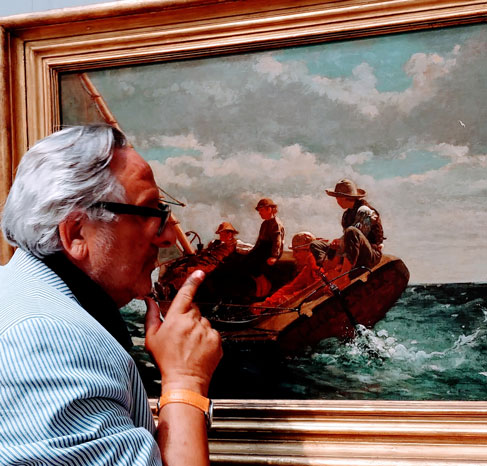 Postponed due to weather: Please join us on Tuesday, November 13 at 7:30pm.

About the speaker:
Dr. Eliasoph has published many books and catalogs on American painting, reassessing the careers of many “lost generation” midcentury social and magic realist painters. He was appointed in 1975 as the first full-time art historian to join Fairfield’s faculty department. For the past 22 years he has served as moderator/host of the university’s popular Open Visions Forum town hall series at the Quick Center. Dr. Eliasoph is an elected member of the Association Internationale des Critiques d’Art, UNESCO’s art critic organization based in Paris. Since 2009 he is the consulting curator at Southport Galleries.