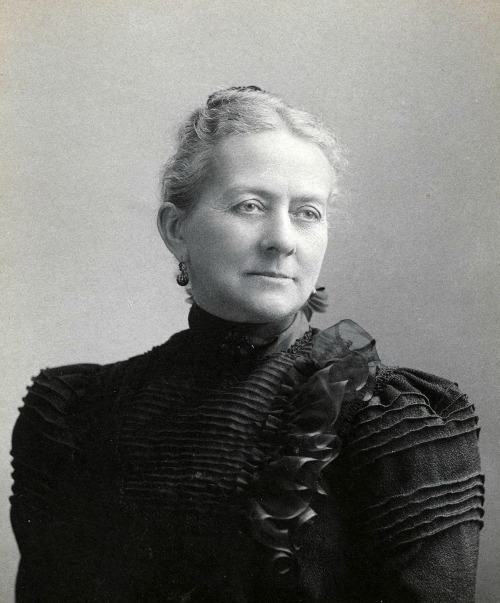 On this day, in April 1837, Pequot Library’s founder, Virgina Marquand Monroe, was born.

In 1894, Virginia Marquand Monroe and her husband, Elbert B. Monroe, brought to fruition a very specific vision: to build a place of learning, infused with culture, with services accessible to anyone who entered its halls. It is thanks to this vision that for the past 125 years, Southport has been home to Pequot Library, a stately and historic cultural hub that has been serving its mission since the first bricks were laid and the first books were shelved over a century ago. The library was honored as a Connecticut Treasure by the American Institute of Architects (AIA Connecticut) in 2018 and is on the National Register of Historic Places.

Pequot Library was built on estate grounds belonging to Virginia’s uncle and adoptive father, Frederick Marquand, a benefactor of Yale College and the Union Theological Seminary, a renowned silversmith, and the figurehead of the prestigious Marquand and Co., jewelers. Marquand was also a Fairfield, Conn., native. The land itself had been in the Marquand family since 1768, originally purchased by Frederick’s ancestor, Henry Marquand. Upon Frederick’s death in 1882, he left the property and his fortune to Virginia, “to use and distribute in the cause of education…and encouraging and aiding in good works.”

Quietly, Virginia and Elbert hired famed architect Robert H. Robertson, whom Frederick Marquand had once hired to build the Union Theological Seminary, and building began on the library. The Romanesque Revival building features three iconic arches, a stonework façade and a pink Ludowici-tiled roof. Inside, the space is reminiscent of an academic study showcasing carefully hewn woodwork and Tiffany windows. The impressive wood-paneled auditorium was a passion project of the architect, who was a classically trained musician. The great room is lined with redwood beams and has nearly perfect acoustics, making it a draw for performers and speakers alike.

Accounts from various 1887 editions of the Fairfield Advertiser suggest that the building was built without any fanfare, and largely in secret — with only rumors and speculation around what purpose the great structure being built on Pequot Avenue would serve. From July 15, 1887: “A rumor reached us that the cornerstone of the new library building was to be laid yesterday afternoon. If so, it was done very quietly. As there seems to be a disposition to keep everything connected with the matter a profound secret, we respected the secrecy and did not investigate. Delicacy is so rare now-a-days, that when it is found, it should be respected.”

It seems the rumor mill did its job dutifully. In 1894, the original Marquand home was razed, and the library opened its doors to the public with a circulating collection of 4,000 books, famously declaring the space to be a center of learning and culture with programs “as free as air to all.”

For 125 years, Pequot Library has served the community as a place of learning, culture and community. Today, the circulating collection offers more than 116,000 books and media items, and the library hosts more than 500 programs a year, including author events, book clubs, concerts, panel discussions, community events and workshops designed for adults and children alike.

Read our full article in Antiques and the Arts Weekly