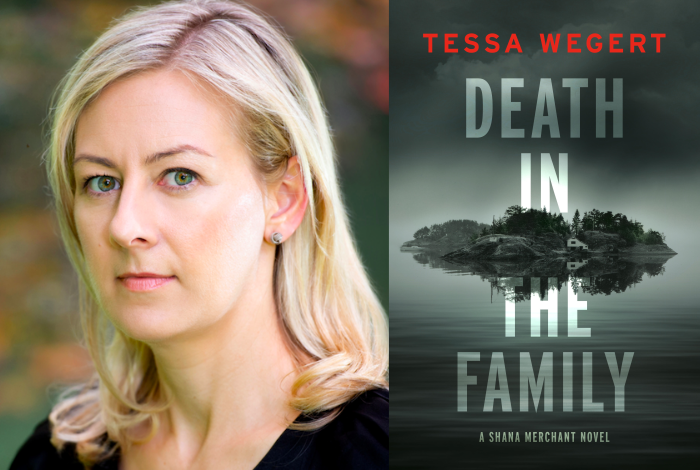 Join us for a Digital Meet the Author event on Zoom with Tessa Wegert, interviewed by Sandi Wright. Wegert is the author of Death in the Family, the first book in the brand new Shana Merchant series, out now. Find out all about this mystery thriller direct from the author! The interview will also stream on Facebook Live.

“Death in the Family is a terrific suspense novel in the classic, Agatha Christie tradition.”
– Christine Carbo, bestselling author of A Sharp Solitude

“Author Tessa Wegert’s debut is impressive in its scope…Death in the Family marks a bold beginning to an addictive new series.”
– BookPage

About Tessa Wegert
Tessa Wegert is a freelance writer whose work has appeared in Forbes, The Huffington Post, Adweek, and The Economist. She grew up in Quebec near the border of Vermont and now lives with her husband and children in a hundred-year-old house in Coastal Connecticut. Tessa writes mysteries set in Upstate New York while studying martial arts and dance, and is the author of the Shana Merchant series, beginning with Death in the Family.

About Death in the Family
Thirteen months ago, former NYPD detective Shana Merchant barely survived being abducted by a serial killer. Now hoping to leave grisly murder cases behind, she’s taken a job in her fiancé’s sleepy hometown in the Thousand Islands region of Upstate New York.

But as a nor’easter bears down on her new territory, Shana and fellow investigator Tim Wellington receive a call about a man missing on a private island. Shana and Tim travel to the isolated island owned by the wealthy Sinclair family to question the witnesses. They arrive to find blood on the scene and a house full of Sinclair family and friends on edge.

While Tim guesses they’re dealing with a runaway case, Shana is convinced that they have a murder on their hands. As the gale intensifies outside, she starts conducting interviews and discovers the Sinclairs and their guests are crawling with dark and dangerous secrets.

Trapped on the island by the raging storm with only Tim whose reliability is thrown into question, the increasingly restless suspects, and her own trauma-fueled flashbacks for company, Shana will have to trust the one person her abduction destroyed her faith in—herself. But time is ticking down, because if Shana’s right, a killer is in their midst and as the pressure mounts, so do the odds that they’ll strike again. 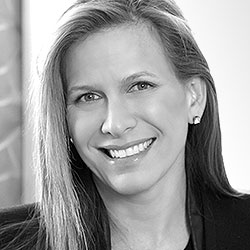 About Sandi Wright
Sandi Drucker Wright is a Board Member and Treasurer of the Suzanne Wright Foundation. Sandi is Founder of Bespoke Impact Advisors, a social impact advisory firm that works with companies, individuals and foundations. She is also at the Tamer Center for Social Enterprise at Columbia Business School where she has been part of the senior leadership team for more than a decade.

Sandi is board member of Horizons at Sacred Heart University and an active alumna of Colgate University, having been elected to its Alumni Council, and serving on the Women’s Advisory Committee. She was formerly Secretary of the Board of the International Radio and Television Society Foundation and a member of the New York Public Library Cub’s Committee.

Sandi holds a BA with honors from Colgate University and a MA from Teachers College, Columbia University. During her time at Teachers College, Sandi focused on children’s media and technology. Sandi lives in NYC with her husband and three daughters.