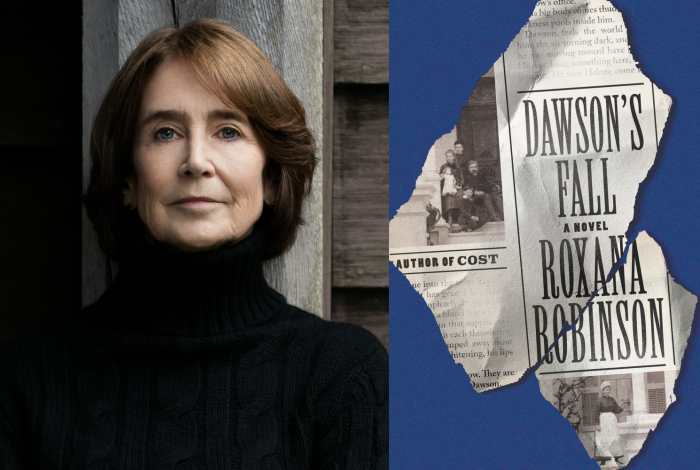 Join us for a Digital Meet the Author event on Zoom with Roxana Robinson, interviewed by Amy Hufnagel. Robinson is the author of Dawson’s Fall, and Amy Hufnagel is the Director of Programs & Visitor Experience at the Harriet Beecher Stowe Center in Hartford, CT.

In Dawson’s Fall, a novel based on the lives of Roxana Robinson’s great-grandparents, we see America at its most fragile, fraught, and malleable. Set in 1889, in Charleston, South Carolina, Robinson’s tale weaves her family’s journal entries and letters with a novelist’s narrative grace, and spans the life of her tragic hero, Frank Dawson, as he attempts to navigate the country’s new political, social, and moral landscape.

Zoom Meeting Details
Click on the blue button above to join the program on Zoom or visit zoom.us and enter the Meeting ID and password.
Meeting ID: 864 5788 5957
Passcode: 351895

“Taken as a whole, the…story reads as a reflection of America in the years after the Civil War, defined by reinvention, race, and the ideal of honor.”
– Washington Independent Review of Books

Her fiction has appeared in The New Yorker, The Atlantic, Harper’s, Best American Short Stories, Tin House and elsewhere. Her work has been widely anthologized and broadcast on NPR. Her books have been published in England, France, Germany, Holland and Spain.

She is the recipient of many awards, the most recent the Barnes & Noble “Writers for Writers” Award, from Poets & Writers.

About Dawson’s Fall
Dawson, a man of fierce opinions, came to this country as a young Englishman to fight for the Confederacy in a war he understood as a conflict over states’ rights. He later became the editor of the Charleston News and Courier, finding a platform of real influence in the editorial column and emerging as a voice of the New South. With his wife and two children, he tried to lead a life that adhered to his staunch principles: equal rights, rule of law, and nonviolence, unswayed by the caprices of popular opinion. But he couldn’t control the political whims of his readers. As he wrangled diligently in his columns with questions of citizenship, equality, justice, and slavery, his newspaper rapidly lost readership, and he was plagued by financial worries. Nor could Dawson control the whims of the heart: his Swiss governess became embroiled in a tense affair with a drunkard doctor, which threatened to stain his family’s reputation. In the end, Dawson—a man in many ways representative of the country at this time—was felled by the very violence he vehemently opposed.