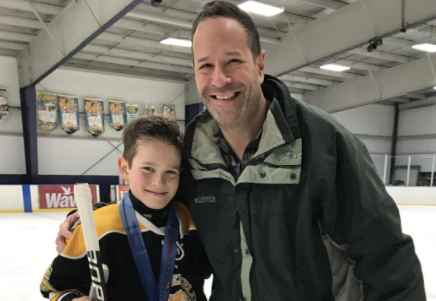 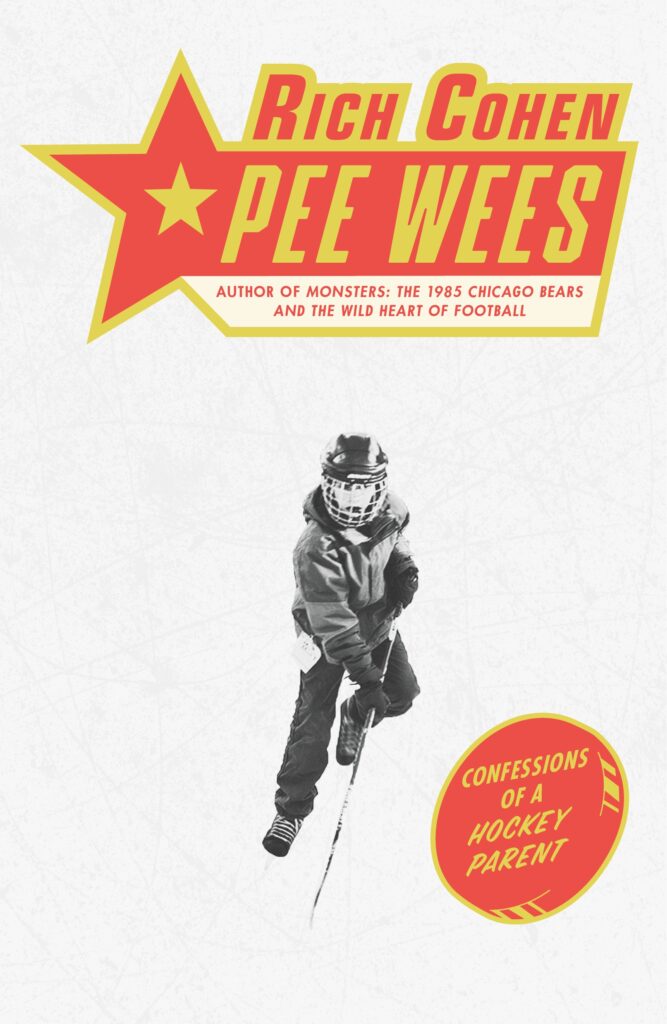 New York Times bestselling author Rich Cohen is a contributing editor at Vanity Fair and Rolling Stone and the author of Israel Is Real, Tough Jews and the widely acclaimed memoir Sweet and Low. Join us as we welcome Mr. Cohen to discuss his upcoming release, PEE WEES: Confessions of a Hockey Parent.

The year was 2018 and all parties were fighting for the top spots. Some were boosted by high-level connections, some got there by grit and determination, and others by virtue of being the sons and daughters of those in positions of power. That’s right, it was the tryouts for the Ridgefield, Connecticut Pee Wees youth hockey teams. In his latest book, PEE WEES: Confessions of a Hockey Parent, Cohen turns his attention to matters close to home: his son’s elite Pee Wee hockey team and himself, a former player and a devoted hockey parent.

In Pee Wees, Cohen takes us through a season of hard-fought competition in Fairfield County. Part memoir and part exploration of youth sports and the exploding popularity of American hockey, Pee Wees follows the ups and downs of the Ridgefield Bears, the twelve-year-old boys and girls on the team, and the parents watching, cheering, conniving, and cursing in the stands. It is a book about the love of the game, the love of parents for their children, and the triumphs and struggles of both.

Rich’s work has also appeared in The New Yorker, Harper’s Magazine and Best American Essays. He lives in Connecticut with his wife, three sons and dog.

Joining Rich will be Deb Placey, a well known sportscaster for more than 25 years.  Currently working for the National Hockey League, she is the host of the popular podcast “The NHL Executive Suite,” which features personal, in depth conversations with NHL Team Owners, General Managers, and League Executives.

Born in St. Louis, Deb started her sports broadcasting career as a Production Associate for ESPN’s Sports Center in 1988. After anchoring sports in four local TV markets, she returned to ESPN as an on air announcer for two years, before ultimately moving to MSG Network in NYC. Over the course of 23 years she hosted game broadcasts for the NY Yankees, NY Mets, NY Knicks and the NHL’s Rangers, Islanders, & Devils, among others.
For the last 2 years, Deb has served as Co-President of Pink Aid, a Westport based 501(c)3 Foundation, that raises money for underserved breast cancer patients. An active equestrian and tennis player, she is also on the Board of Governors at The Fairfield County Hunt Club in Westport, currently serving as Vice President. A graduate of the University of Arizona, Deb lives in Southport, CT with her husband Ed. She is the mother of two daughters; Madeline, a graduate of Syracuse University, and Caroline, a sophomore at the University of Southern California.