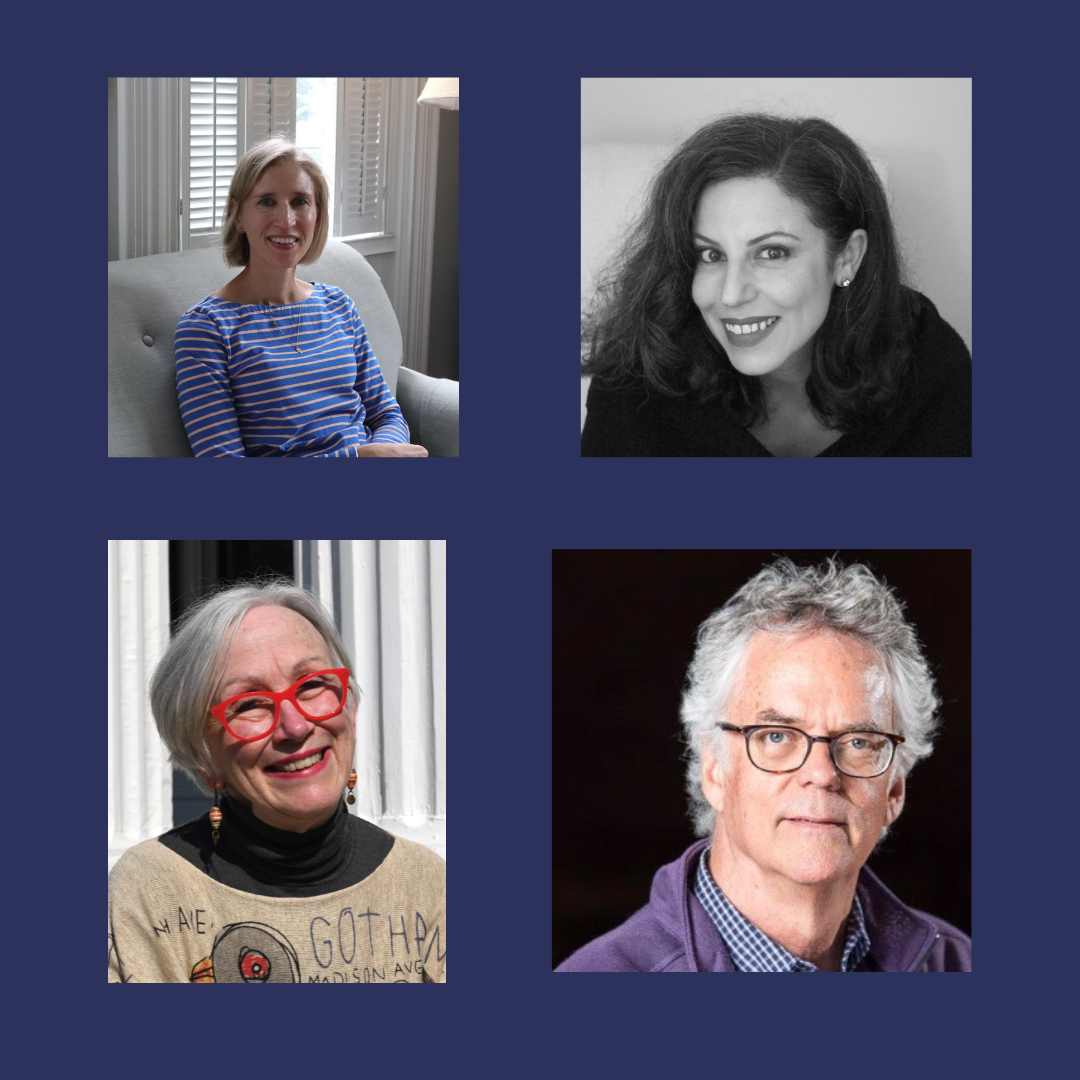 Join us for a panel of three local poets as they discuss their craft and paths to publication.

Jessie Noyes McEntee was named Westport’s Poet Laureate starting in July of 2022. She is a novelist and a poet whose chapbook, Jackie O. Suffers Two Husbands, was published by Finishing Line Press in 2019 and received blurbs from Louisa Hall and Charles Rafferty. She teaches at Westport Writers’ Workshop and works at the Pequot Library doing communications and marketing.

B. Fulton Jennes is Poet Laureate of Ridgefield, CT, where she serves as poet-in-residence at The Aldrich Contemporary Art Museum. Her poems have appeared in The Comstock Review, Tupelo Quarterly, The Night Heron Barks, Limp Wrist, Tar River Poetry, SWIMM, Anti-Heroin Chic, Pareidolia Literary, Extreme Sonnets II, and many other journals and anthologies. Her collection Mammoth Spring was a finalist for the 2021 Two Sylvias Wilder Prize and the Small Harbor Press Laureate Prize. Her chapbook Blinded Birds (Finishing Line Press), released in April of 2022, was named Winner of the 2022 International Book Awards in the Poetry: Chapbook category.

Nicole Caruso Garcia’s debut poetry collection is OXBLOOD (Able Muse Press, 2022), which was named a finalist for the Able Muse Book Award and the Richard Wilbur Award. Her work appears in Best New Poets, Rattle, RHINO, and elsewhere. She serves as associate poetry editor at Able Muse and as an executive board member at Poetry by the Sea, an annual poetry conference in Madison, CT. Visit her website here.

This panel will be moderated by poet and Meet the Author Committee member Jack Powers, the author of Everybody’s Vaguely Familiar published by Golden Antelope Press. His poems and essays have appeared in The Southern Review, The Cortland Review, The New York Times and elsewhere. He won the 2015 and 2012 Connecticut River Review Poetry Contests and was a finalist for the 2013 and 2014 Rattle Poetry Prizes. He and his wife, Anne, live in Fairfield and they have three children scattered down the east coast. Click here to visit his website.