Off the Wall Book Club 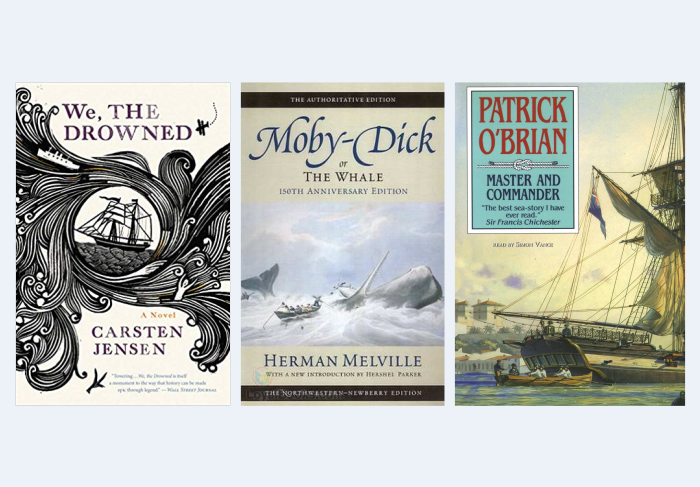 Dive deeper into Summer by the Sea: Sloop Logs and Ledgers by reading and discussing related books; then take a closer look at some of the materials in the exhibition.

June 12: We, the Drowned by Carsten Jensen

From one of Scandinavia’s most acclaimed authors comes a story that spans four generations to explore the murderous promise of the sea and its influence upon one family. Albert Madsen sets off on a voyage across the world to find his father, armed with a shrunken head and premonitions of bloodshed. What unfolds is a powerful tale of his journey and the repercussions across the ensuing generations.

This timeless literary classic follows the crew of the Pequod as they hunt the elusive white whale under the leadership of the vindictive Captain Ahab. What ensues is a seafaring disaster that resonates with meaning.

Set during the Napoleonic Wars, this first installment of the Aubrey & Maturin series introduces Captain Jack Aubrey, a gifted sailor newly promoted to the aging ship HMS Sophie, and the ship’s surgeon, Stephen Maturin. Together, with the ship’s crew, they engage in daring battles with enemy ships.