POSTPONED – Music and its Process 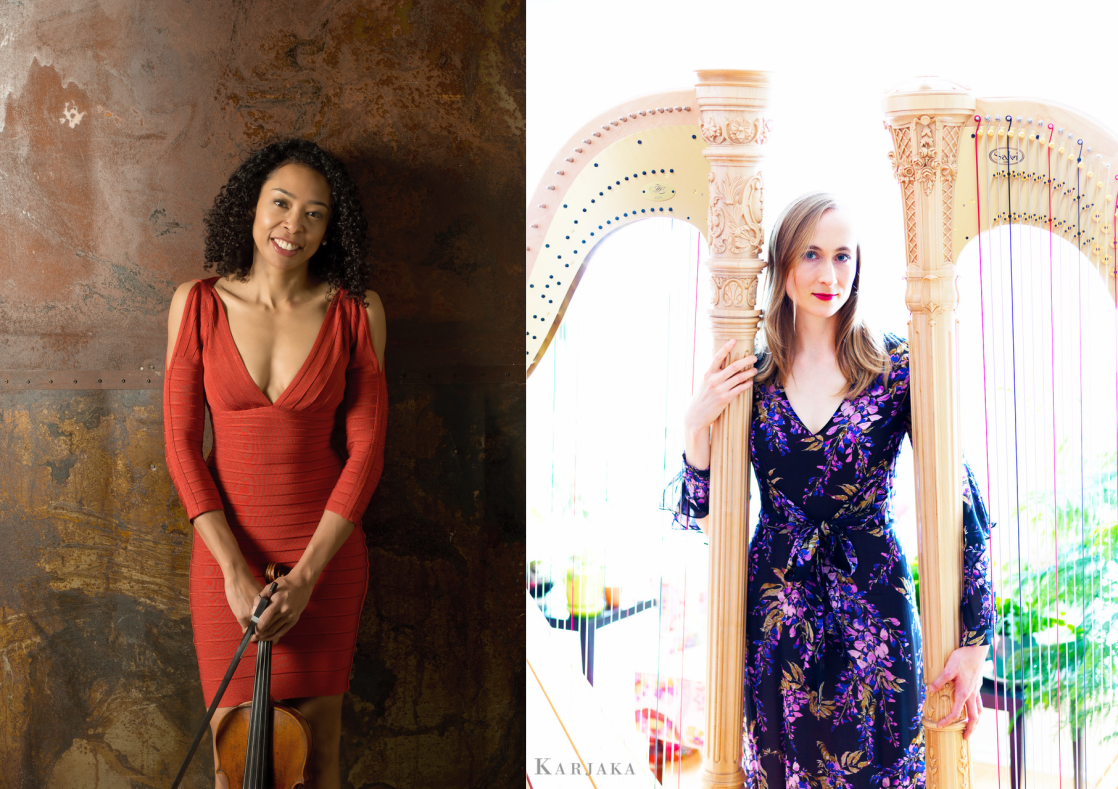 This evening of music has been postponed. Thank you for your understanding.

Pequot Library proudly presents two world renowned artists: acclaimed violist and composer, Nokuthula Ngwenyama, and internationally lauded composer, Hannah Lash. An intimate and unique format, the artists will discuss their craft and process between performance works during the first segment of the program and in the second, take audience questions.

Ngwenyama debuted at the Kennedy Center, was awarded both the prestigious Avery Fisher Career Grant and a Fulbright Scholarship, and has performed at the White House. This concert at the Pequot will be the Connecticut premiere of Ngwenyama’s works. Lash’s music has been performed around the world and hailed by the New York Times as “striking and resourceful…handsomely brooding.” Commissioned by The Fromm Foundation, the Boston Symphony Orchestra, and Carnegie Hall among many others, Lash obtained her Ph.D. in Composition from Harvard University and serves on the composition faculty at Yale University School of Music.

“Mother of Peace and “Lion” in Zulu, Nokuthula Ngwenyama’s performances as orchestral soloist, recitalist and chamber musician garner great attention.  Gramaphone proclaims her as “providing solidly shaped music of bold mesmerizing character.”  As a composer, Uptown Magazine featured her “A Poet of Sound.”

Ms. Ngwenyama gained international prominence winning the Primrose International Viola Competition at 16.  The following year she won the Young Concert Artists International Auditions, which led to debuts at the Kennedy Center and the 92nd Street ‘Y.’  A recipient of the prestigious Avery Fisher Career Grant, she has performed with orchestras and as recitalist the world over.

Recent highlights include joining the Emerson Quartet at Alice Tully Hall and the premieres of Rising for Solo Multitrack Violin and Pedals and Primal Message for Viola Quintet – performed with the Dover Quartet and jointly commissioned by the Phoenix Chamber Music Society and Chamber Music Northwest.  Her viola concerto, recorded with the Janacek Philharmonic this past spring, is to be released on Peace Mama Productions (PMP) next year.

During the 19-20 season Ms. Ngwenyama also joins violinists Jaime Laredo and Pamela Frank, cellists Sharon Robinson and Keith Robinson, and violist Milena Pajaro-van de Stadt in the premiere of her sextet in commemoration of the 60th anniversary of the Phoenix Chamber Music Society.  Additionally, she performs and records both Brahms Sextets with the same ensemble and forms umama womama with fellow composers and instrumentalists Valerie Coleman and Hannah Lash, which debuts and premieres a jointly written trio commissioned by Chamber Music Northwest, Phoenix Chamber Music Society and Clarion Concerts.

Ms. Ngwenyama has performed at the White House and has testified before Congress on behalf of the NEA.  An avid educator, she served as visiting professor at the University of Notre Dame and Indiana University.  She also served as director of the Primrose International Viola Competition and as president of the American Viola Society.  She is currently curator of Composer’s Choice, a co-production of ASU/Kerr Cultural Center, Phoenix Chamber Music Society, and PMP.  It features 21st century music and its creators from concert hall to games, film and beyond.

Born in Los Angeles, California of Zimbabwean-Japanese parentage, Nokuthula Ngwenyama  (No-koo-TOO-lah En-gwen-YAH-mah) read notes before words and studied theory and counterpoint under Dr. Herbert Zipper, Mary Ann Cummins and Warren Spaeth.  As a Fulbright Scholar she attended the Conservatoire National Superieur de Musique de Paris and received a Master of Theological Studies degree from Harvard University.  While studying at the Curtis Institute of Music her theory teachers included Edward Aldwell, David Loeb and Jennifer Higdon.  She is the first composer in residence of the Phoenix Chamber Music Society.  Ms. Ngwenyama’s playing equipment includes an Antonius and Hieronymus Amati viola from 1597, on permanent loan from the Biggs Collection.

Lash has received numerous honors and prizes, including the ASCAP Morton Gould Young Composer Award, a Charles Ives Scholarship from the American Academy of Arts and Letters, a Fromm Foundation Commission, a fellowship from Yaddo Artist Colony, the Naumburg Prize in Composition, the Barnard Rogers Prize in Composition, the Bernard and Rose Sernoffsky Prize in Composition, and numerous academic awards. Her orchestral work Furthermore was selected by the American Composers Orchestra for the 2010 Underwood New Music Readings. Her chamber opera, Blood Rose, was presented by New York City Opera’s VOX in the spring of 2011.

In addition to performances of her music in the USA, Lash’s music is well known internationally. In April of 2008, her string quartet Four Still was performed in Kyev in the Ukraine’s largest international new music festival, “Musical Premieres of the Season,” curated by Carson Cooman. In the summer of 2010, her piece Unclose was premiered by members of Eighth Blackbird at the MusicX festival in Blonay, Switzerland.

Recent premieres include Three Shades Without Angles, for flute, viola and harp, by the Boston Symphony Chamber Players, Pulse-space, for string quartet, by the Flux Quartet, as well as several new orchestral works: Eating Flowers, for the Cabrillo Festival of Contemporary Music, Nymphs, for the Alabama Symphony Orchestra, and This Ease, for the Los Angeles Chamber Orchestra. In October 2015, the American Composers Orchestra premiered Lash’s Concerto for Harp and Chamber Orchestra, conducted by George Manahan and with Lash as soloist. Other recent premieres include God Music Bug Music in January 2011 with the Minnesota Orchestra, the monodrama Stoned Prince by New York based ensemble Load Bang in April 2013, Subtilior Lamento with the Da Capo Chamber Players at Carnegie Hall in 2012, and Glockenliebe, for three glockenspiels, with Talujon Percussion in December 2012. Her 2011 orchestral work, Hush, was featured on the Los Angeles Philharmonic’s Brooklyn Festival in April of 2013. Upcoming premieres include a new chamber opera, Beowulf, commissioned by Guerilla Opera, and a new work for Loadbang, commissioned by Columbia University’s Miller Theatre.