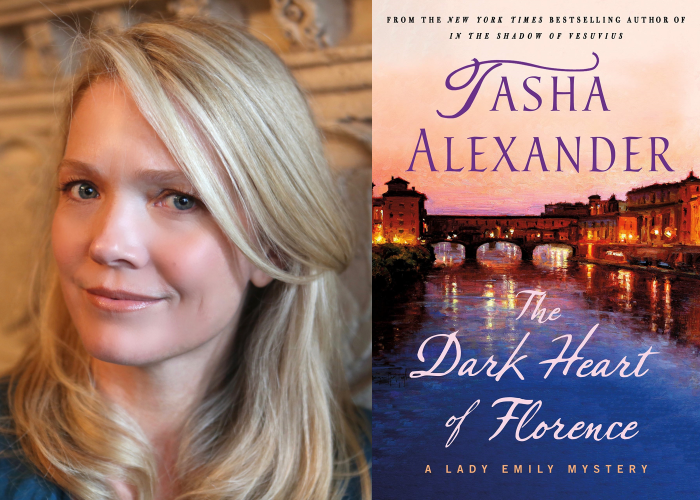 The daughter of two philosophy professors, Tasha grew up surrounded by books, convinced from an early age that she was born in the wrong century and spent much of her childhood under the dining room table pretending it was a covered wagon. Even there, she was never without a book in hand and loved reading and history more than anything. Tasha studied English Literature and Medieval History at the University of Notre Dame.

Writing is a natural offshoot of reading, and her first novel, And Only to Deceive, was published in 2005. Tasha is the author of the long-running Lady Emily Series as well as the novel Elizabeth: The Golden Age.

Tasha has lived in Indiana, Amsterdam, London, Wyoming, Vermont, Connecticut, and Tennessee before settling down. She currently lives with her husband, British novelist Andrew Grant, in southeastern Wyoming. She still doesn’t have a covered wagon, but a log house goes a long way toward fulfilling my pioneer fantasies. “Andrew makes sure I get my English characters right, and I make sure his American ones sound American.”

The Dark Heart of Florence is the newest book in the Lady Emily mystery series, released in March 2021.

Tasha will be in conversation with Andrea Penrose who is the bestselling author of Regency-era historical fiction, including the acclaimed Wrexford & Sloane mystery series, as well as Regency romances written under the names Cara Elliott and Andrea Pickens. Published internationally in 10 languages, she is a three-time RITA Award finalist and the recipient of numerous writing awards, including two Daphne Du Maurier Awards for Historical Mystery and two Gold Leaf Awards.