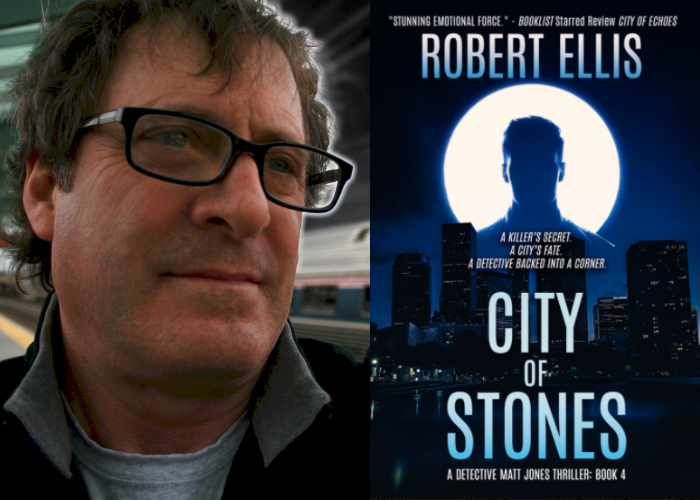 Join us for an in-person Meet the Author event.

Robert Ellis is the international bestselling author of ACCESS TO POWER and THE DEAD ROOM, as well as two critically acclaimed series—the Lena Gamble novels, CITY OF FIRE, THE LOST WITNESS, and MURDER SEASON, and the Detective Matt Jones Thriller Series, CITY OF ECHOES, THE LOVE KILLINGS, THE GIRL BURIED IN THE WOODS, and CITY OF STONES. His books have been translated into more than ten languages and selected as top reads by Booklist, Kirkus Reviews, Library Journal, Publishers Weekly, National Public Radio, the Baltimore Sun, the Chicago Tribune, the Toronto Sun (CA), The Guardian (UK), People magazine, USA Today, and The New York Times.

Born in Philadelphia, Ellis moved to Los Angeles where he worked as a writer, producer, and director in film, television, and advertising. He studied screenwriting with Walter Tevis, author of THE HUSTLER, THE MAN WHO FELL TO EARTH, THE COLOR OF MONEY, and THE QUEEN’S GAMBIT, and with John Truby, author of THE ANATOMY OF STORY. After ghostwriting the final draft of NIGHTMARE ON ELM STREET 4: THE DREAM MASTER, Ellis turned to writing novels and debuted with ACCESS TO POWER, a national bestseller. His books have won praise from authors as diverse as Janet Evanovich and Michael Connelly.

For more information about Robert Ellis, visit him online at: https://www.robertellis.net

“With an early focus on the possible murderers, Ellis’ (third) series entry is more thriller than mystery. The author works this to great effect as the story reveals the burden of unearthing evidence. Ellis generates an impressive amount of suspense. A swift pace. Solid entertainment.”

Ellis will be in conversation with Peg North who is a member of the Meet The Author Committee of Pequot Library, has been a Southport resident with her family for over 40 years and comes from a career in marketing.