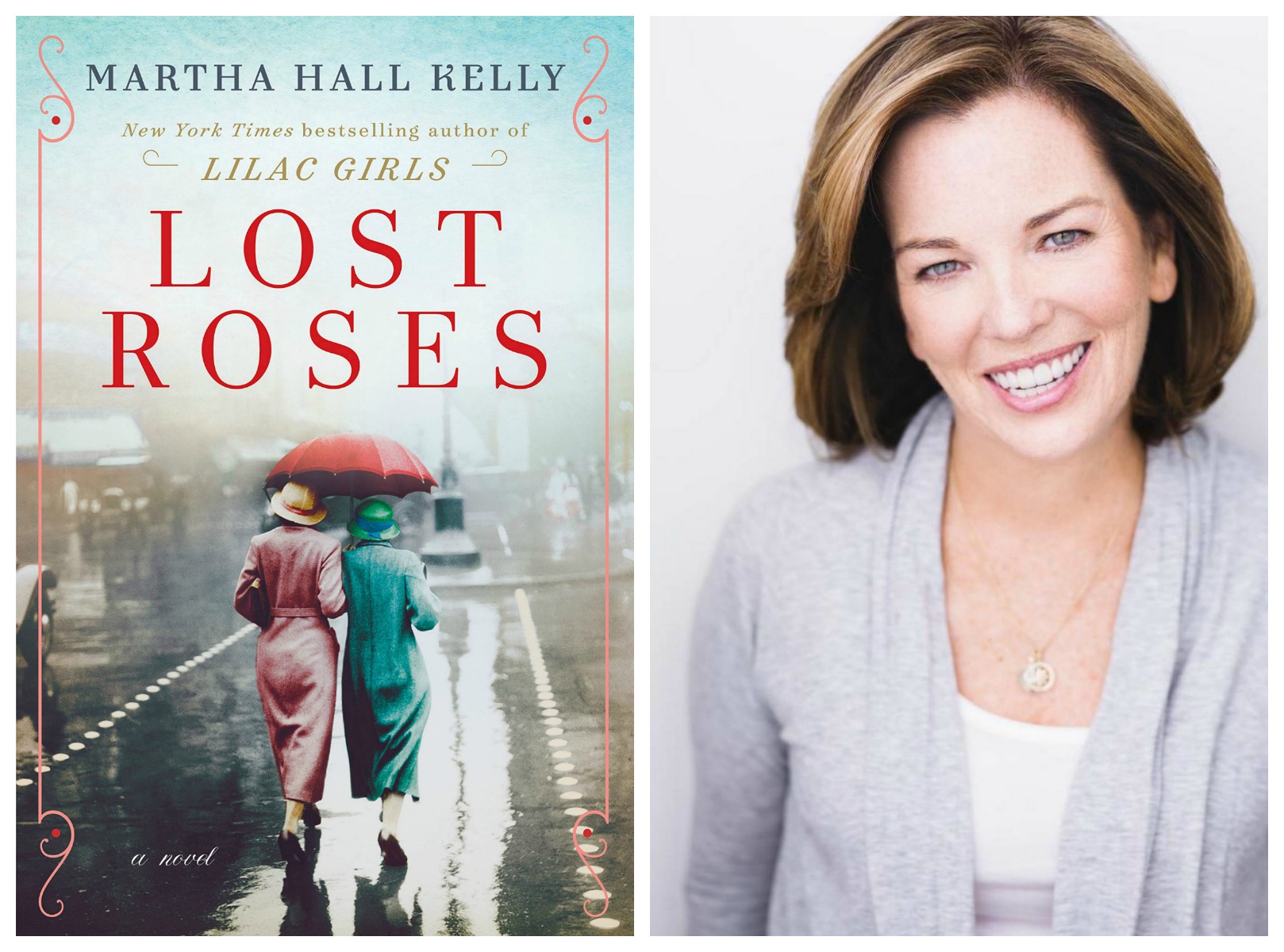 Best-selling author Martha Hall Kelly returns to Pequot to discuss her just released novel, Lost Roses. Kelly’s debut novel, the runaway bestseller Lilac Girls, introduced the real-life heroine Caroline Ferriday. Lost Roses, set a generation earlier and also inspired by true events, features Caroline’s mother, Eliza, and follows three equally indomitable women from St. Petersburg, Russia to Paris, France under the shadow of World War I. From the turbulent streets of St. Petersburg to the avenues of Paris and the society of fallen Russian émigrés who live there, the lives of these women will intersect in profound ways, taking readers on a breathtaking ride through a momentous time in history. Light hors d’oeuvres served. Free and open to the public.

*Kindly RSVP at the bottom of this page

About the Author:
Martha Hall Kelly is a native New Englander whose debut novel, Lilac Girls, became a New York Times best-seller the week it was published in April 2016. Her second novel, Lost Roses, is the first of two Lilac Girls prequels. She is currently working on a second prequel that tells the story of Caroline’s ancestors, the incredibly philanthropic Woolsey women, staunch abolitionists who tended to wounded soldiers on the Gettysburg battlefield.

Additional Book Information:
It is 1914 and the world has been on the brink of war so many times, many New Yorkers treat the subject with only passing interest. Eliza Ferriday is thrilled to be traveling to St. Petersburg with Sofya Streshnayva, a cousin of the Romanovs. The two met years ago one summer in Paris and became close confidantes. Now Eliza embarks on the trip of a lifetime, home with Sofya to see the splendors of Russia. But when Austria declares war on Serbia and Russia’s Imperial dynasty begins to fall, Eliza escapes back to America, while Sofya and her family flee to their country estate. In need of domestic help, they hire the local fortune teller’s daughter, Varinka, unknowingly bringing intense danger into their household. On the other side of the Atlantic, Eliza is doing her part to help the White Russian families find safety as they escape the revolution. But when Sofya’s letters suddenly stop coming, she fears the worst for her best friend.