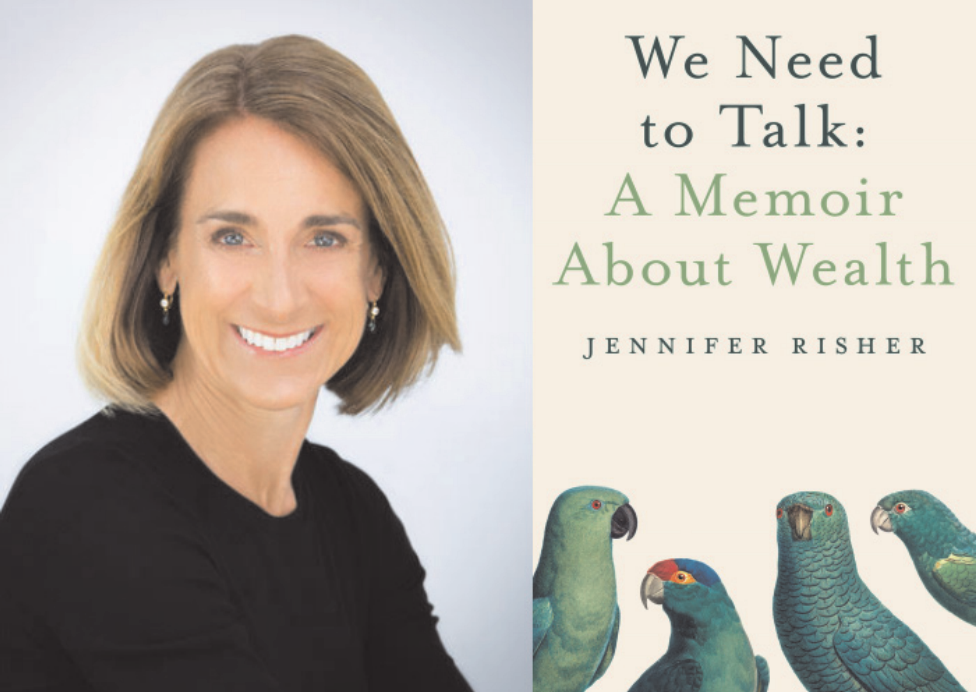 Jennifer Risher is the author of We Need to Talk: A Memoir About Wealth which tells her story and explores the impact of wealth on identity, relationships, and sense of place in the world. Jennifer was born in Seattle, Washington, grew up in Oregon, and graduated from Connecticut College. She joined Microsoft in 1991 where she worked as a recruiter and then as a product manager. She and her husband, David, have two daughters and live in San Francisco, where David is CEO of Worldreader, a nonprofit he co founded with a mission to create a world where everyone is a reader. In response to COVID, Jennifer and David launched the #HalfMyDAF challenge, which inspired over $8.6 million in charitable giving in 2020.

Jennifer will be in conversation with Kelly LaFerriere. As Chief Business Officer at A-Rod Corp, Kelly Laferriere focuses on business development, media and entertainment, marketing, and strategy. She is a business and brand builder with experience in large companies and startups. Kelly has worked in media, sports, and entertainment for more than two decades, first at ESPN, overseeing programming and acquisitions, and then at Six Flags, where she led the business and operations of east coast parks. Prior to Six Flags, she spent more than 10 years at Disney’s ABC Television Group, ultimately joining ESPN’s Programming and Production senior management team. Her focus included contract negotiations, business strategy, and revenue-generating opportunities across the integrated platforms of The Walt Disney Company. Most recently, Kelly spent four years at SellersEaston Media, leading business development, content production, and marketing. She is a graduate of Georgetown University and lives in Southport with her family. Kelly has served on the Board of Trustees of Pequot Library for over 10 years.