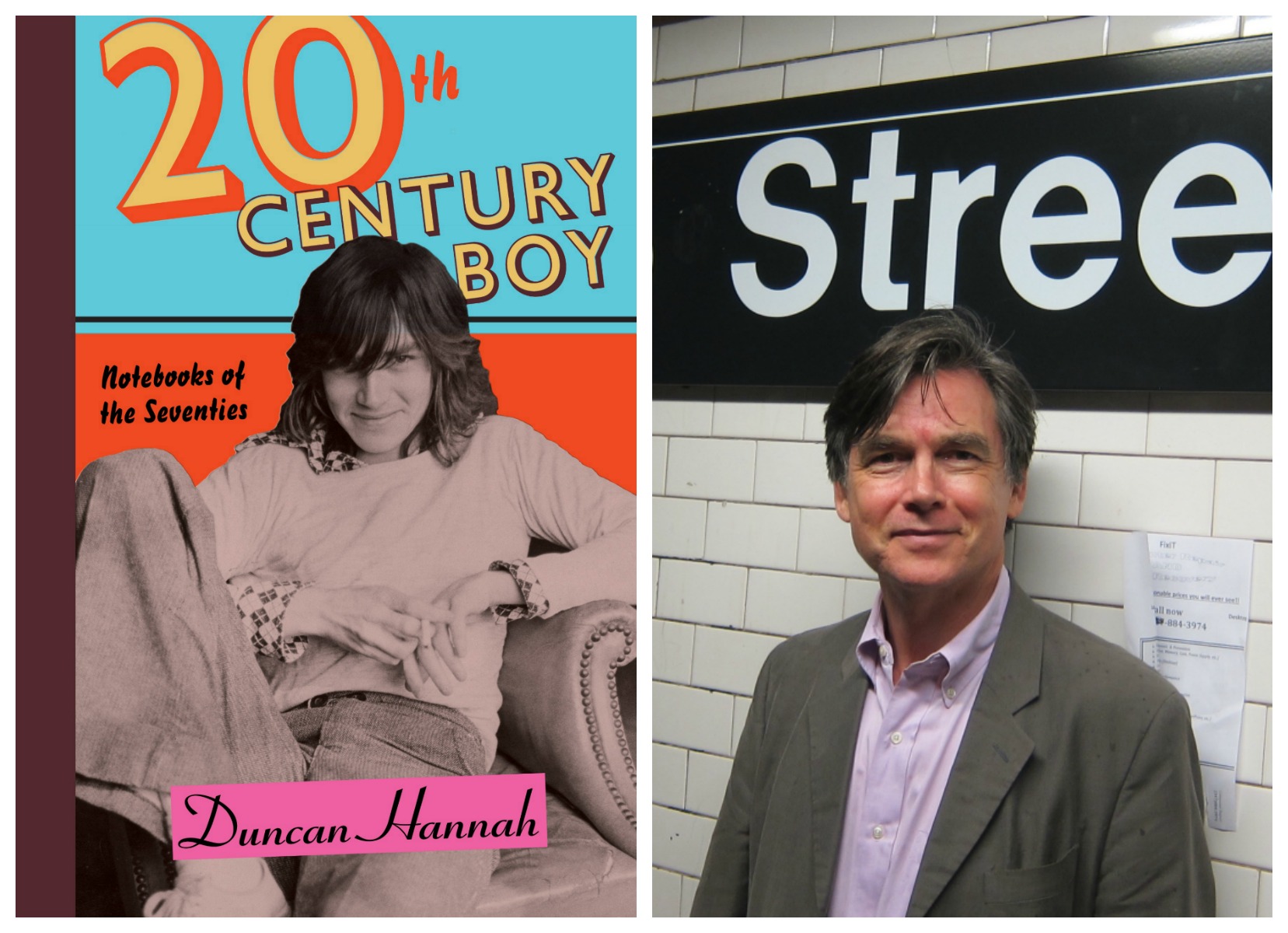 Join celebrated artist Duncan Hannah as he discusses his memoir, 20th Century Boy: Notebooks of the Seventies, a rollicking and vividly immediate memoir of his life in 1970s New York — a lost (and increasingly mystical) world of freedom, squalor, and artistic achievement. Told with a painter’s eye for detail and a raconteur’s gift for storytelling, 20th Century Boy is a time capsule from a scary, seedy, but irresistible time and place.

Conversation facilitated by Chris Frantz, American musician, record producer, and drummer for both Talking Heads and Tom Tom Club.
“Duncan Hannah has written one of the greatest, naughtiest, and most hilarious memoirs of life in downtown New York City in the seventies and eighties that you will ever read. From his journals as an art student and denizen of Max’s Kansas City and CBGB’s, Duncan tells the true story of his life and his escapades with Andy Warhol, Lou Reed, David Bowie, David Hockney, Patti Smith, Talking Heads, Television and Blondie. He is a raconteur par excellence. Join me for a chat with this legendary painter, underground film star and author. You’ll be happy you did.”
– Chris Frantz

About the Author:
Duncan Hannah was born in Minneapolis in 1952. He attended Bard College from 1971 to 1973 and Parsons School of Design from 1973 to 1975. In the seventies he became associated with New York’s avant-garde and glam and punk rock scenes, acted in a number of underground movies, and showed several of his figurative portraits in 1980’s infamous Times Square Show. His work is in numerous public and private collections, including the Metropolitan Museum and the Minneapolis Art Institute. He lives in New York with designer Megan Wilson.

Thank you to our sponsor: