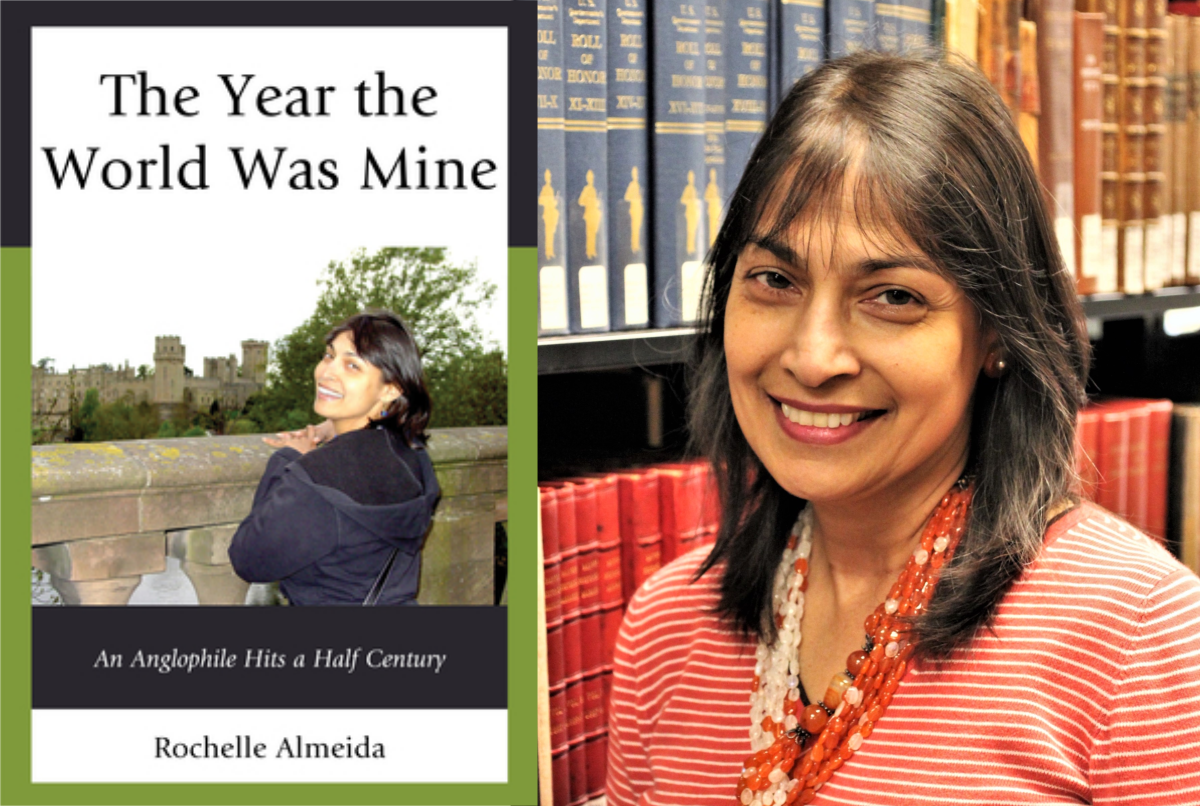 Celebrate with author and Professor Rochelle Almeida on the release of her memoir, The Year the World Was Mine: An Anglophile Hits a Half Century which details what happens when a pre-menopausal matron, afflicted with Anglophilia, leaves home and hearth to spend time working in her dream location, London, the same year she hits a chronological half-century? Bizarre encounters and hair-raising adventures come flying at her…that’s what!

About Rochelle Almeida
Born in Bombay, India, Rochelle Almeida taught at Jai Hind College, Bombay and in the graduate English Department at the University of Bombay before joining the Liberal Studies Program at NYU in 1994. She has also taught at Exeter College, University of Oxford, UK, and in the Global Liberal Studies Program at NYU-London. She was awarded the Provost’s Global Research Initiatives Fellowship at NYU-London in Fall 2016. An active scholar, her list of publications includes three monographs and three edited anthologies, ,including an anthology of essays published in 2018 and presented at a conference on Goa at Yale University.

Almeida is a certified docent at the Metropolitan Museum of Art in New York City and a winner of the Stanley-Crane Volunteer of the Year Award at the Pequot Library in Southport, Connecticut, where she lives.