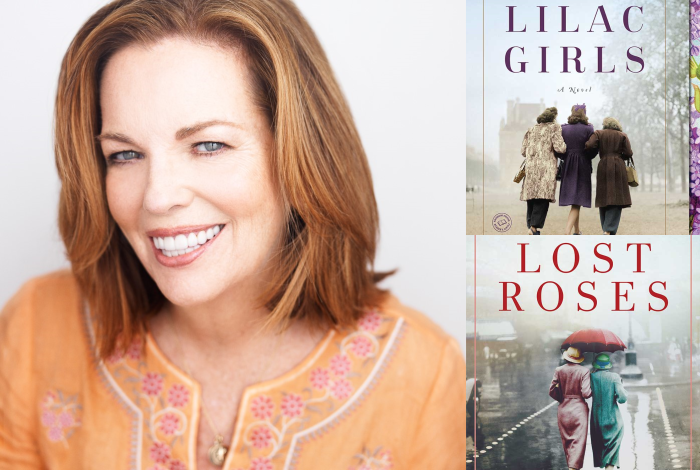 Join author Martha Hall Kelly live on Zoom for a chat about her best-selling books and her forth-coming novel.

This virtual program is FREE. Registration below is required. Registered participants will receive a Zoom link via email on the morning of the event.

About the Author
Martha Hall Kelly is a native New Englander who lives in Litchfield County, Connecticut. She worked as an advertising copywriter for many years, and raised three wonderful children who are now mostly out of the nest.

About Lilac Girls
Based on a true story of a New York socialite who championed a group of concentration camp survivors known as the Rabbits, this acclaimed debut novel reveals a story of love, redemption, and terrible secrets that were hidden for decades.

Caroline Ferriday is a former Broadway actress and liaison to the French consulate whose life is forever changed when Hitler’s army invades Poland in September 1939—and then sets its sights on France. An ocean away from Caroline, Kasia Kuzmerick, a Polish teenager, sinks deeper into her role as a courier for the underground resistance movement. In Germany, Herta Oberheuser, a young doctor, answers an ad for a government medical position—only to find herself trapped in a male-dominated realm of Nazi secrets and power.

The lives of these three women are set on a collision course when the unthinkable happens and Kasia is sent to Ravensbrück, the notorious Nazi concentration camp for women. Their stories cross continents, as Caroline and Kasia strive to bring justice to those whom history has forgotten.

About Lost Roses
This sweeping new novel, set a generation earlier than ‘Lilac Girls’ and also inspired by true events, features Caroline’s mother, Eliza, and follows three equally indomitable women from St. Petersburg to Paris under the shadow of World War I.

It’s 1914 and Eliza Ferriday is thrilled to travel to St. Petersburg with her best friend Sofya Streshnayva, a cousin of the Romanovs. But when war looms and Russia’s Imperial dynasty begins to fall, Eliza escapes back to America, while Sofya and her family flee to their country estate. In need of domestic help, they hire the local fortuneteller’s daughter, Varinka, unknowingly bringing unspeakable danger into their home. On the other side of the Atlantic, Eliza helps the destitute White Russian families find safety as they escape the revolution. But when Sofya’s letters suddenly stop coming she fears her friend has come to a terrible end.

From the Tsar’s palaces of St. Petersburg to the long-lost Russian neighborhoods of Paris to the glorious estates of Southampton, New York, the lives of Eliza, Sofya, and Varinka intersect in profound ways, taking readers on a breathtaking ride through a fascinating time in history.