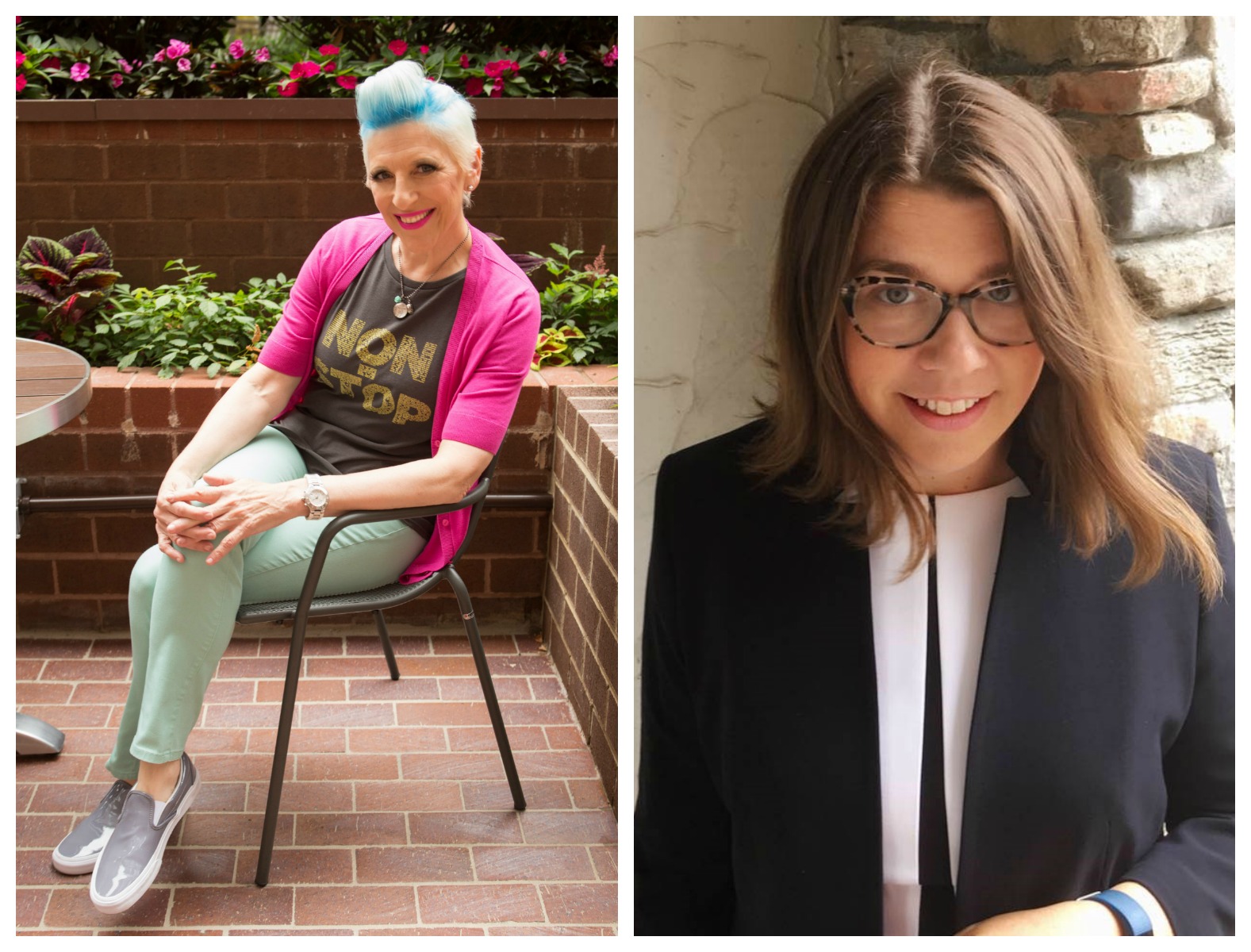 Do you spend much of your day obsessing about what you’re eating and how you’re eating it? Do you feel guilty about eating, hate yourself for eating what you enjoy, and cram down foods that are “good for you”? Or do you constantly criticize your physical appearance – either aloud or in your head, whether it’s one particular body part or maybe even the whole damn thing?

Guess what? Lisa and Thea have too!

Having been where you are, Lisa Lampanelli and Thea Martin have put together a workshop to give you the tools you need to put you on a path to inner peace when it comes to food and body image. Using storytelling, sharing, meditation, journaling, brainstorming, deep listening, and self-reflection, they hope to help you stop suffering from these issues and end the obsession.

About Your Workshop Leaders:
Lisa Lampanelli: With a career spanning more than 30 years, Lisa Lampanelli has been a constant on the comedy scene. With numerous tours, Grammy nominations, and national TV guest appearances and specials under her belt, Lisa made national headlines in 2012 when she lost more than 100 pounds with the help of bariatric surgery. The comedian went on to speak with unflinching honesty about her lifelong food and body-image issues, and has since gone from insulter to inspirer. She announced her retirement from stand-up comedy on the Howard Stern show in late 2018 and has already in a few short months appeared on the Dr. Drew podcast, the Wendy Williams TV program, the Mindvalley podcast, and many others, talking about her new role as life coach, food and body-image workshop leader, speaker and storyteller.

Having become known to U.S. audiences from appearances on the Comedy Central Roasts, the Howard Stern Show, and the “Tonight Show with Jay Leno,” Lisa became a household name when she raised $130,000 for the Gay Men’s Health Crisis during season 5 of NBC’s “Celebrity Apprentice.” After having hit every possible career high in her stand-up career – including sold-out shows at Radio City Music Hall and Carnegie Hall – Lampanelli is thrilled to take on this new challenge for herself and for others.

Thea Bourke Martin, JD, E-RYT: A certified yoga teacher with Yoga Alliance and an attorney at Lafferty & Martin LLC, Martin endeavors, in her workshops and classes, to create a healing, supportive environment in which students can listen to their bodies. She calls on students to observe themselves without judgment so that, over time, they can come to love their bodies, quiet their minds, and find happiness. Through her work as a mediator, trainer, and coach, Martin helps people create meaningful change in their lives.

Martin has facilitated workshops and trainings throughout the country for mediation centers, bar associations, professional and nonprofit organizations, and yoga centers. Most recently, she designed a family mediation program that was adopted by Community Mediation, Inc. and a holistic divorce curriculum for the Women & Family Life Center. She lives in Guilford, Connecticut, with her husband, Brian, and son, Josh.