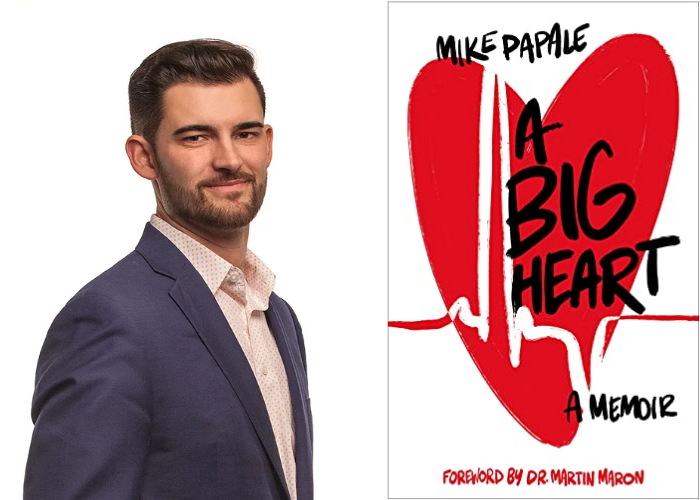 As a teen, Mike Papale had one dream: to play college basketball. He was laser-focused—training like an Olympic hopeful to make his dream reality. Out of nowhere, his world changed. August 24, 2006, while coaching a summer camp basketball game, he slumped over, unresponsive, turning blue within minutes. He was 17, and had gone into cardiac arrest. With no AED on-site, he was given a one-in-a-million chance to survive. He was soon diagnosed with Hypertrophic Cardiomyopathy, or HCM, which, left undiagnosed and untreated, can lead to sudden cardiac arrest. At the time, he was crushed—processing the life-altering news he would never be able to play competitive basketball again. He quickly realized he was fortunate to be alive, and redefined his life’s purpose. A Big Heart brings the reader on Mike’s story of reinvention, hope, and survival. It is guaranteed to inspire readers to battle adversity and attack their dreams!

Registration is appreciated but not required.