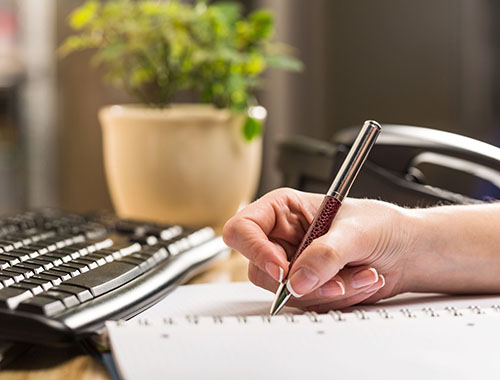 This course has been cancelled.

Four Writing Challenges: An Author’s Journey
A course presented by the Open MINDS Institute in collaboration with Quick Center for the Arts

In each of four sessions, we focus on one of Lary Bloom’s projects that speaks to the larger issues that writer’s face. Each is drawn from a different project: for The New York Times, Connecticut Magazine, excerpts from a ghost-written book, and culminating in the challenges of researching and writing a new biography, Sol LeWitt: A Life of Ideas.

Instructor: Lary Bloom
His books include the biography, Sol LeWitt: A Life of Ideas, The Writer Within, Letters From Nuremberg (with Christopher J. Dodd), Lary Bloom’s Connecticut Notebook, The Test of Our Times (with Tom Ridge), and The Ignorant Maestro (with Itay Talgam). He has been a columnist for The New York Times, Connecticut Magazine, The Hartford Courant, and The Miami Herald. He teaches memoir in Yale University’s summer workshop, and has taught in Fairfield University’s MFA program, Wesleyan University’s graduate program, and at Trinity College. As a freelance editor, he brought many books to publication. During 30 years as a magazine editor and columnist, he published hundreds of personal essays by prominent and unknown writers. Among his discoveries: the Pulitzer Prize winners Dave Barry and Madeleine Blais, and best-selling novelist Wally Lamb. He is cofounder of Writing at the Mark Twain House, the Sunken Garden Poetry Festival and a writing retreat in Italy. His plays include Worth Avenue, Wild Black Yonder and A Woman of a Certain Age (lyricist). He is the recipient of the Lifetime Achievement Award from the Connecticut Center for the Book.

REGISTER ONLINE through the Quick Center Box Office.
Courses are $290 each. Quick Center for the Arts Member price per course is $275. Enroll in two or more courses and enjoy a discounted price of just $250 per course.

About Open MINDS Institute
Open MINDS Institute is an exploratory “classroom without walls” presenting topical seminars and workshops. Guided by master professors, your commitment to the “life of the mind” is rewarded with stimulating, topical ideas. These classes are entirely participatory, seeking ongoing dialogue between teachers and students as a learning partnership. This year marks new collaborations with the Fairfield University College of Arts and Sciences and Pequot Library.