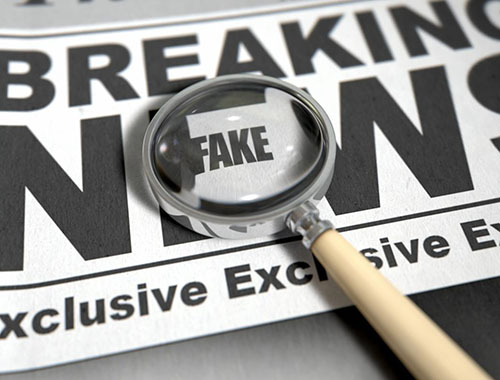 Registration is required below. This event will take place on Zoom and is limited to 100 participants. Registered participants will receive an email with Zoom meeting information on the day of the event.

Fake news is nothing new. After all, President John Adams complained about the press putting out false information in 1798. Indeed, the idea of partisan publications distributed as news or information in what is now the United States can be traced back to colonists in the 1640s. What is new — or rather, relatively new — is the Internet and its ability to rapidly distribute information, both factually correct and incorrect, around the country and the world at light speed. Social media has created networks of people of like mind who then cyclically share fake — or not — news amongst themselves with little critical thought as to its legitimacy. In this workshop, participants will discuss what fake news really is and the different forms it can take, who is producing it, how to spot it, who to trust in the media landscape and who not to. We’ll also discuss the ways legitimate and trustworthy reporters go about gathering the information that is often times heralded as fake. Nothing is more important to a Democracy than an informed citizenry, but citizens have to be willing and able to dissect the news they see and critically think about its legitimacy before sharing it on social media as absolute truth or writing it off as fake.

Learn more about the Riot, Sedition, Insurrection: Media and the Road to the American Revolution exhibition and related programs. 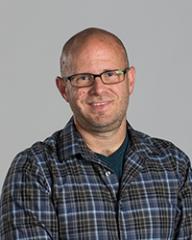 Matt Tullis is an assistant professor of English and the director of the Digital Journalism program at Fairfield University. He is also the host of Gangrey: The Podcast, a show that focuses on narrative journalism and the reporters who write it. Tullis was a daily newspaper reporter for ten years before joining academia. He’s also written for regional and trade magazines and national sports websites. He is the author of Running With Ghosts: A Memoir of Surviving Childhood Cancer, and has been a notable selection in Best American Sports Writing three times and Best American Essays once.