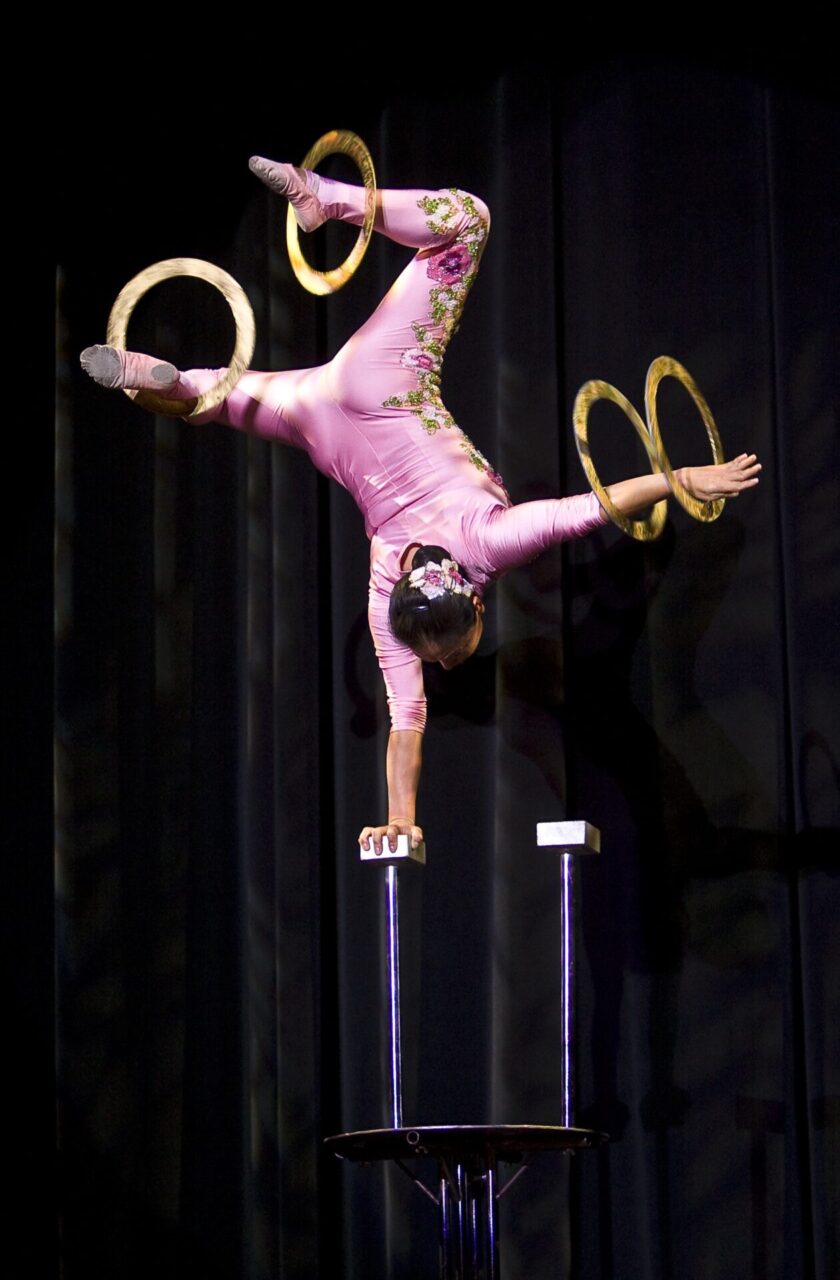 Celebrate the Lunar New Year and Take Your Child to the Library Day with acrobat Li Liu as she performs amazing stunts and tricks including balancing, plate spinning, and more! All ages welcome. Free and open to the public. Registration recommended.

Liu was born in Shenyang in the northeast of China. At age 6 she began her acrobatic training, and the following year attended the Chinese National Circus School. After winning a gold medal at the prestigious festival Mondial du Cirque Demain in Paris, France, Liu traveled extensively throughout Europe, Africa, and Asia with the Liaoning Acrobatic Arts Troupe. She came to the United States in 2000 with the Ringling Brothers and Barnum & Bailey Circus and toured all over the country. She is a regular on the NBA and WNBA half-time circuits and also a featured performer on Princess Cruise Line. In 2010 she appeared on the Late Show with David Letterman.