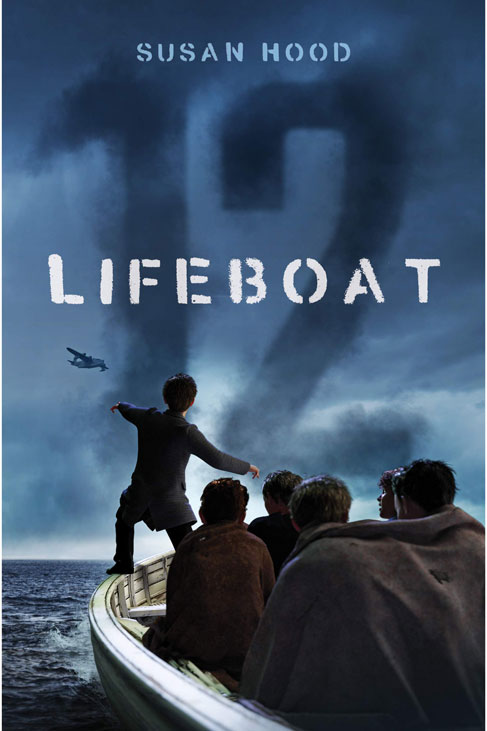 Celebrate the release of award-winning children’s author and Westport resident Susan Hood’s new book, Lifeboat 12, the little-known story of the sinking of the SS City of Benares, a ship whose mission was to transport British children to Canada during the Blitz of World War II.

Enjoy:
• A 30- to 40-minute author talk
• Reception with the author
• Book sales and signing
Free and open to the public. Light refreshments served.

In her presentation, Hood will show photographs of this true event and reveal how she discovered the story in the childhood letters of her British mother-in-law, longtime Southport resident, Nancy Kueffner. (Kueffner herself was a child evacuee during the Blitz who escaped on a different ship.)

About the book:
Lifeboat 12 is a poignant and riveting novel told in verse. In 1940, on a transatlantic crossing, the SS City of Benares was torpedoed by the Nazis 600 miles offshore. Thirty minutes later, it sank. Six boys (ages 9-13), one woman, one priest, one Polish businessman, and 37 sailors escaped aboard Lifeboat 12 and attempted to sail home. On the eighth day at sea, the day their water would run out, 13-year-old Ken Sparks spotted the plane that saved them all.

About the Author:
Susan Hood is the award-winning author of more than 200 books for young readers, including Ada’s Violin and Shaking Things Up: 14 Young Women Who Changed the World. She is the recipient of the 2017 E.B. White Read-Aloud Picture Book Honor Award, the 2017 Christopher Award, and the 2017 Bank Street Flora Stieglitz Straus Award. Prior to becoming a full-time author, Hood was the Children’s Content Director at Nick Jr. Magazine and a children’s book editor at Sesame Street and Scholastic.

Hood grew up in Greenwich and Southport, Connecticut, graduating from Greens Farms Academy and Smith College. When not writing, Hood spends summers sailing with her husband at Pequot Yacht Club. Sailing trips to Tortola, Bermuda, and around Maine have made Hood all too familiar with ocean storms and trouble at sea. Those experiences informed Hood’s debut middle grade novel, Lifeboat 12, published this fall by Simon and Schuster.
Visit Susan at susanhoodbooks.com