Home › About › Our Team › Board of Directors

Kelly joined Pequot Library’s board of directors in 2016. He is an award-winning art director and illustrator whose clients include The New York Times, The Washington Post, Businessweek and The Atlantic. He has received honors from the Society of Illustrators and the National Cartoonists Society. Kelly leads creativity seminars that teach corporate groups how to be more innovative, and has lectured at Columbia University, Fairfield University and the Fairfield Museum and History Center. He has been featured on News12, in the Connecticut Post and Fairfield Magazine, which named him one of Fairfield’s “25 Most Intriguing People.” A graduate of Brown University, Kelly was a Getty Fellow at USC’s Annenberg School. He and his wife, Megan, live in Fairfield.

North joined Pequot Library’s board of directors in 2017. He was raised in Connecticut and graduated from Suffield Academy and the University of Maryland with a BS in business and public administration. In 2007, after a career in both domestic and international sales management, he joined the Connecticut Audubon Society, from which he retired in 2017 as executive director. During his tenure, the deficit was reduced by 50% and grant-supported, science-based education programs were delivered to over 30,000 inner-city children. A committed volunteer, North has chaired fundraising campaigns for the Ruffed Grouse Society, Ducks Unlimited, and the Coastal Conservation Association. North and his wife, Peg (who is also active in the community), have lived in Southport since 1976.

Morello joined the Pequot Library board of directors in 2013 and is a member of the Finance Committee. He spent several years working at the Pequot Library as a Page while he was a student at Fairfield Prep, and he’s been a Library patron and supporter ever since. He earned a BS from Georgetown University in 1995 and has over 18 years of experience working as a finance professional with a focus on mergers and acquisitions, high yield financing and event driven/special situations investing. He has served on the boards of Atkins Nutritionals and Primary Wave Music Publishing and is a member of the Georgetown University Alumni Admissions Program. Morello is a private investor and consultant. He and his wife and family live in Fairfield.

Balkan joined the board at Pequot Library in 2012 and was co-chair of the Pequot Golf Classic Committee. He earned his BA from Princeton University in 1997. Since graduating from college, Balkan worked as a trader at Morgan Stanley, a partner and portfolio manager at Archeus Capital Management, and at Citigroup, where he was a managing director and the head of distressed credit for North America. Since 2014, he has worked at Silver Point Capital, a distressed credit hedge fund in Greenwich, CT. He lives in Fairfield with his wife, Laura, and their son, Eli and daughters, Livia and Heidi.

Wright became a director at Pequot Library in 2017. He joined Goldman Sachs in 2001 after receiving his MBA from Columbia University. His team oversees $4.5 billion of client assets for individuals, families, and foundations. He previously worked for NBC Olympics and the National Hockey League. Wright earned a BA from Colgate University, majoring in history. He was a four-year letterman in lacrosse. He and his wife, Sandi, have three daughters and live in New York City and Southport.

Laferriere joined the board of directors of Pequot Library in 2011 and now serves on various committees. Laferriere earned a BA at Georgetown University and went on to become a business executive. She has over 15 years of experience at Six Flags and ESPN. She is currently SVP at SellersEaston Media and runs her own consultancy practice. Kelly serves on the board of the Southport Park and was a member of the Women’s Sports Foundation advisory board. Laferriere and her husband, Rick, live in Fairfield with their three children.

Fr. Gerry Blaszczak S.J.
Fr. Blaszczak joined Pequot Library’s board of directors in 2017. He is co-director of the Spiritual Direction Training Program sponsored by the Center for Ignatian Spirituality at Fairfield University. Fr. Blaszczak, who holds a doctorate from Harvard University in New Testament with a secondary specialization in Islamic studies, has been on the faculty of Le Moyne College, Fordham University, and Hekima College in Nairobi, Kenya. He was novice director for the Maryland and New York provinces of the Jesuits, superior of the Fordham Jesuit community, parochial vicar at St. Raphael Catholic Church in Raleigh, N.C., pastor of the Church of St. Ignatius Loyola in Manhattan, and secretary for the service of faith at the Jesuit general headquarters in Rome.

Celie Campbell
Campbell joined Pequot Library’s board of directors in 2014. Her history of volunteerism includes fundraising for the American Cancer Society and the Juvenile Diabetes Research Foundation. Campbell graduated from the University of North Carolina Greensboro with degrees in accounting and economics, pursued graduate studies in journalism and education at Salem College, and graduated from Cornell’s Food Industry Management Program. She has been active on the annual Art Show committee since 2012 and co-chaired the 2014 Art Show. She is a marketing executive with a background in brand development. She launched Aspire Media Marketing and resides in Fairfield.

John E. Herzog
Herzog joined Pequot Library’s board of directors in 2015 and is a former chairman of R.M. Smythe & Co., Inc., an auction house specializing in antique stocks and bonds, banknotes, coins, autographs and photographs. Prior to that he was chairman emeritus of Herzog Heine Geduld, Inc., which was founded in 1926 by his father. He joined the firm in 1959 and spearheaded its expansion into the third-largest NASDAQ market maker in the country. Merrill Lynch acquired the firm in 2000. Herzog founded the Museum of American Finance, donating part of his collection of financial memorabilia to the Museum. The museum is an affiliate of the Smithsonian. A graduate of Cornell and the Stern School of Business at New York University, he is a member of the board of the Fairfield Museum and a member of the Down Town Association and the Union League Club in New York, plus the Fairfield County Hunt Club. He lives in Fairfield.

Lori Langdon
Langdon joined Pequot Library’s board of directors in 2014 and has been an active participant at Pequot Library as a patron and volunteer for many years. She graduated from Miami University with a B.A. in both public administration and political science, and worked at the investment firm Gradison McDonald before becoming director of governmental affairs for a nonprofit organization. Langdon has a Master Gardening Certification and has served on the board of the Fairfield Garden Club. She is part of the PTA of the Fairfield Country Day School. Langdon resides in Fairfield with her husband Ryan and their six children.

Lynne Laukhuf
Laukhuf has been serving on the Special Collections Committee at Pequot Library since 2013. She has documented and cataloged rare books and papers from the Special Collection, curated several exhibitions, and worked as a docent for school groups. She received the Volunteer of the Year Award in 2015. Laukhuf received her bachelor’s in English and education from Russell Sage College and her Master of Library Science from Southern Connecticut State University. She was the library director at Greens Farms Academy, where she later served as assistant head of school. She now serves on the Greens Farms Academy board. Laukhuf is a member of the Unitarian Church in Westport’s Beardsley School Committee, which oversees 25 volunteers in the inner-city school and assists with the school’s financial needs. She resides in Fairfield.

Thomas Lawlor
Lawlor joined Pequot Library’s board of directors in 2017. He moved to Fairfield in 1992 after he and his future wife were charmed by the annual Summer Book Sale. They began volunteering in 1993, starting as book sale volunteers, and then he started setting up audio and visual equipment in the auditorium for events. Lawlor is the general manager of M Communications in Stamford. He attended Sacramento State University, majoring in journalism. His career has included playing numerous bad guys in karate B movies and writing for publications ranging from Backwoodsman Magazine to the Fairfield Citizen. He was director of the Fairfield YMCA Adventure Guides program from 2004 – 2010 and a former Little League coach. He and his wife, Laura live in Southport and have two daughters, Caroline and Julia, both of whom share their love of reading, which began at Pequot Library.

Coke Anne Murchison Wilcox
Wilcox joined Pequot Library’s board of directors in 2015. She has been a member and chair of the Art Show Committee at the Library. Wilcox started her career as an architect, graduating cum laude from Princeton University, and has worked with several architects, including Philip Johnson. Coming from an entrepreneurial family, and after rearing her three children, Wilcox was the owner and proprietress of Maidstone Arms Inn and Restaurant in East Hampton for 16 years. She has been involved as a board member with numerous philanthropic and nonprofit organizations, including the Drama League of New York and the American Ballet in New York. She resides in Westport with her husband, artist Jarvis Wilcox.

Ex-Officio
Alison G. Barry
A member of Pequot Library’s board of directors since 2003, Barry served as president and executive vice president, was chair of the Leadership Council, and is on many other Library committees. Barry attended Hamilton College and the School of Visual Arts, graduating with a BFA. She is an active member of the Library, as well as the Fairfield community, serving on the Trinity Church Vestry and on the board of the Trinity Parish Nursery School. She lives in Fairfield with her husband, Michael, and their children, who are some of the Library’s most eager patrons.

Term as president indicated in parenthesis: 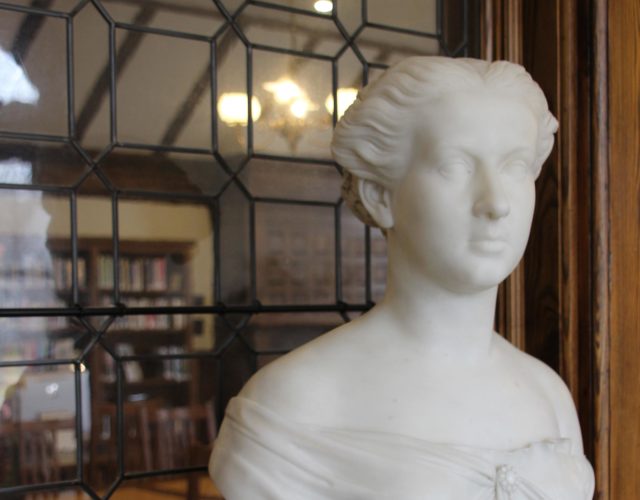 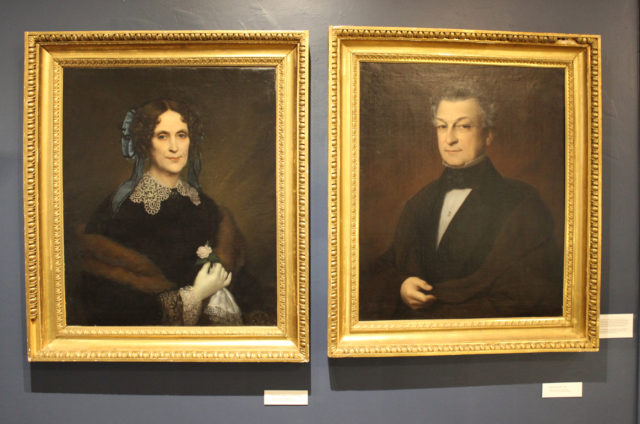 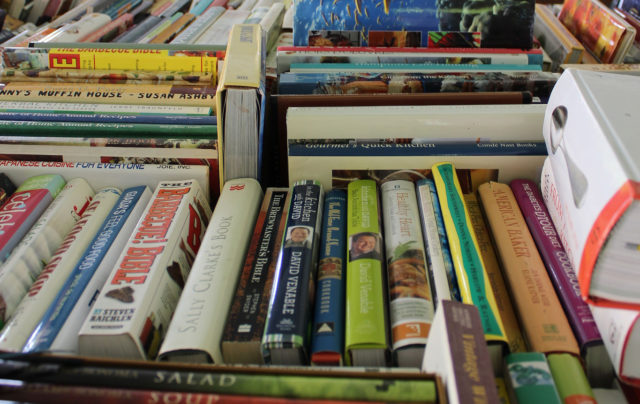