Author and Filmmaker Shed Light on a ‘Great Gatsby’ Controversy 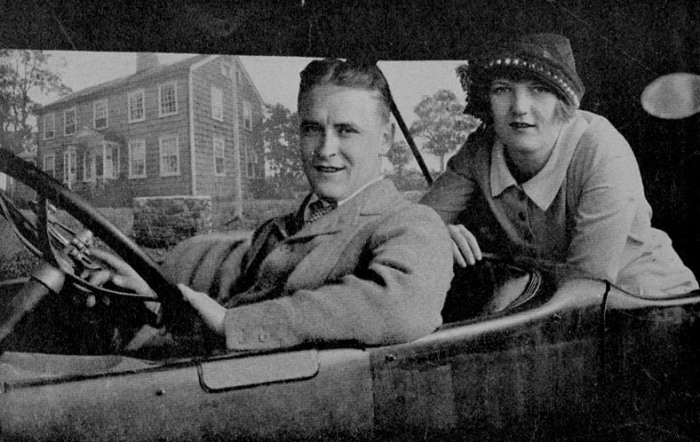 Pequot Library presents Gatsby in Connecticut: The Untold Story on Thursday, June 21, at 7 p.m. In this 2018 documentary, director Robert Steven Williams and historian Richard “Deej” Webb create a compelling argument that the town of Westport, Connecticut — and not Great Neck, New York — is the actual influence on The Great Gatsby.

Scott Fitzgerald’s novel has become synonymous with the lifestyles of the rich and famous on Long Island. But what if that connection is false? What if the real West Egg and East Egg can be found on the other side of Long Island Sound — right here in Connecticut?

After the film, there will be a discussion with the filmmakers as well as a book sale and signing of Webb’s latest work and companion piece to the film, Boats Against the Current: The Honeymoon Summer of Scott and Zelda. Light refreshments served. Free and open to the public. Registration recommended at publicprograms@pequotlibrary.org.

Scholars specializing in Fitzgerald’s work have never been able to resolve fundamental questions found in The Great Gatsby. Presuming that Great Neck was Fitzgerald’s setting, certain elements of geography, location, and personality in the town just don’t line up with what’s described in the novel. However, they do fit in perfectly with another location, one that has been overlooked and even outright dismissed in the halls of academia: Westport, Connecticut.

By digging into the Princeton Archives; going through historical records; interviewing more than a dozen renowned Fitzgerald scholars; meeting with Scott and Zelda’s granddaughter, Bobbie Lanahan; and even tracking down a descendant of the original publisher, Charles Scribner III; the filmmakers answer unresolved questions, including:

Who was the mysterious millionaire that inspired the character of Jay Gatsby?
What was the real inspiration for Gatsby’s mansion?
Why doesn’t the geography of the novel reflect that of Long Island, rather than that of Connecticut?

Gatsby in Connecticut finds additional support in Barbara Probst Solomon’s forgotten 1996 New Yorker article, which first laid out the argument for Westport being the model of East Egg. The film, which features noted actors Sam Waterston and Keir Dullea, inspired Webb’s book. Both take viewers on a journey like “boats against the current, borne back ceaselessly into the past.”

Williams is an executive producer, director, writer, and editor. His production company, Against the Grain Productions, produces short videos primarily for not-for-profits including the Paul Newman charity Safe Water Network and Land is Life, an organization that safeguards the rights of indigenous people around the world. Williams’ debut novel, My Year as a Clown, released on the indie imprint Against the Grain Press and distributed by INscribe Digital, received the silver medal for popular fiction from the Independent Publisher Book Awards in 2013. It has sold more than 5,000 digital copies and reached number one on three Amazon charts.

Webb is an author, documentary filmmaker, and historian. A graduate of Vanderbilt University, he is an award-winning educator who has taught at the high school and university level for more than 25 years. Considered a local authority on Westport history, he is a consultant to the local historical society and has given talks throughout Fairfield County on the Fitzgeralds’ time in Westport.

Pequot Library’s public programs are supported in part by the Town of Fairfield.